My Website
Probably the best tagline in the world
Menu

Discover my research on the “POLITICALLY & CULTURALLY FORBIDDEN” real truth about Covid-19... Go

How Effective Is Tryptophan For Sleep? 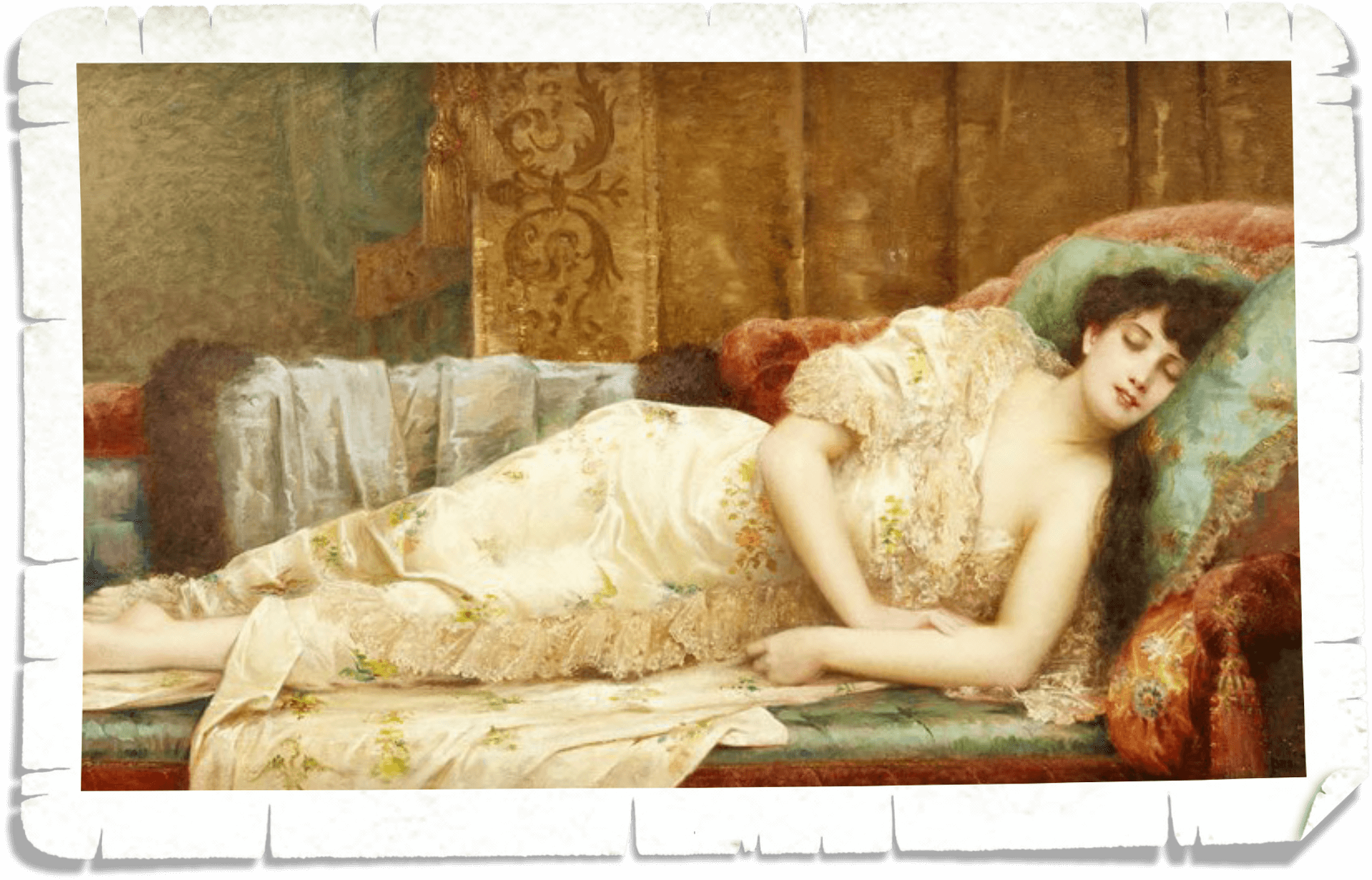 How effective is tryptophan for sleep?

Numerous people had claimed that L-tryptophan is the best insomnia treatment –or one of the best natural insomnia remedies. Indeed, listed among the popular tips for better sleep are frequently “tryptophan supplements” and “foods high in tryptophan”.

The actual facts, however, don't exactly pan out these common views. Many clinical studies show disappointing results. There are valid scientific reasons for it. Effective (and safer) alternatives to L-tryptophan are available.

L-tryptophan, also known as just tryptophan, is an essential amino acid. Amino acids are building blocks of proteins. The L-tryptophan amino acid is “essential” in the sense that the human body cannot produce it and so it needs to be ingested.

Generally speaking and compared to other types of food, high protein foods (e.g., meat, fish, dairy) tend to contain ample amounts of tryptophan because the amino acid is a component of almost all dietary proteins. Nonetheless, relative to the other amino acids in protein-rich foods, the L-tryptophan content ranks among the least abundant (Heine, et al., 1995).

By the way, bananas –contrary to what an "urban legend" of banana has been proclaiming– are not rich in tryptophan but actually contain, according to official banana nutrition facts, a tiny amount of it (United States Department of Agriculture: USDA Food Composition Databases). However, the banana fruit is high in serotonin; other “serotonin foods” are plantains, pineapples, and kiwis (Feldman & Lee, 1985).

Apart from using L-tryptophan for protein synthesis the human body can convert it to either niacin, a vitamin, serotonin, a neurotransmitter, or melatonin, a hormone (Braverman, 2003; Fukuwatari & Shibata, 2007; Okuno, et al., 2008).

While some serotonin is present in the brain, the vast majority of serotonin is found in the intestinal tract, serving a defensive regulatory role and enabling peristalsis, the process of moving food along in the bowels (Donaldson RM Jr, Gray, 1959). Most tissues of the human body contain little tryptophan, with a corresponding sparse dietary requirement for L-tryptophan compared to other amino acids (Sidransky, 2001).

A word or two about tryptophan in food.

Generally, eating meals that contain good protein sources, including protein foods rich in tryptophan, do not drastically “spike” serotonin, melatonin or tryptophan levels in the brain because L-tryptophan is “balanced out” by other amino acids, proportionally reducing the amount of its entry into the brain (Fernstrom & Wurtman, 1972; Beulens, et al., 2004).

Food serotonin or a “serotonin supplement”, too, won't raise the neurotransmitter in the brain because serotonin, ordinarily, does not cross the purported "blood-brain barrier" (Wurtman, et al., 1980; Young, 2007). This information disproves the popular assertion that consuming foods rich in serotonin (coined “mood food”), such as bananas, improves mental outlook because of their high serotonin content (Young, 2007).

These food facts largely extinguish another popular tale about an alleged “tryptophan effect”: the belief that the copious quantity of tryptophan in turkey is responsible for raising tryptophan and serotonin in the brain, making one drowsy and sleepy (Wurtman, et al., 1980; Young, 2007). Some folks have called this state a "tryptophan hangover" or, worse, a "tryptophan coma". Others had made claims for a turkey-induced “tryptophan sleep” or "tryptophan nap" after the feasting on, for instance, a Thanksgiving turkey dinner, which gave rise to the popularized “turkey myth” –or, respectively, the “tryptophan myth”.

Nevertheless, turkey might be a key player in the widely reported post-Thanksgiving “food coma” or “food buzz” but because of a different nutritional element than L-tryptophan.

In terms of a SINGLE nutrient, I suspect that a more tenable rationale for the purported tryptophan slumber is the vitamin B6 content in turkey. Turkey is one of the foods rich in vitamin B6 and this essential nutrient enables and facilitates the production of GABA –a noted “brain-relaxing” substance (Pfeiffer, 1975; Braverman, 2003).

Unlike with some other amino acids, there are noticeable differences in the extent tryptophan and serotonin rise in the brain depending on the protein source ingested (Choi, et al., 2011). Whey protein (thought of as one of the top quality high protein foods) appears to definitely exert a more stimulating effect on tryptophan-serotonin brain activity (Markus, et al., 2002; Beulens, et al., 2004).

Taking tryptophan supplements alone, away from food, clearly and rather sharply raises L-tryptophan and serotonin in the brain (Wurtman, et al., 1980).

How Effective Is Tryptophan For Sleep, Insomnia And Depression?

A traditional use of tryptophan and a tryptophan relative, 5-hydroxytryptophan (a.k.a "natural 5-HTP"), has been for acute or minor depression but also, as one of the so-called “natural sleeping aids”, for mild insomnia.

Western medical science began to seriously study the connection between L-tryptophan and sleep –and serotonin and cognition, respectively– in the 1960s (Smith & Prockop, 1962; Fernstrom, 2012).

Yet, even in cases of moderate or major depression that involve L-tryptophan loading with relatively high doses of tryptophan supplements, producing big increases in brain serotonin, we have firm evidence of failure. As an example, in a double-blind, placebo-controlled study with hospitalized patients who suffered from depression the use of large-dose L-tryptophan supplements was ineffective and didn't allow patients to leave the hospital (Mendels, et al., 1975).

What may partly explain the disappointing or vastly mixed results of using L-tryptophan for insomnia and depression is that upon the consumption of tryptophan supplements the amino acid gets primarily changed into metabolites that do not convert, in their final tryptophan pathway, into serotonin (Green, et al., 1980; Heuther, et al., 1992). The additional intake of L-tryptophan, therefore, may actually induce “a relative deficit” of precursors of serotonin by creating an oversupply of non-serotonergic tryptophan catabolites (Green, et al., 1980).

This negative effect, however, is mainly the result of a relative vitamin B6 deficit from the repeated consumption of a supplement of tryptophan (Green & Aronson, 1980). Interestingly (and as mentioned above), vitamin B6 activates and increases GABA, an inhibitory (brain-quieting) neurotransmitter, by removing the acid group from the excitatory glutamic acid to form the GABA structure, which describes the enzymatic glutamic acid-GABA conversion vitamin B6 is essential for (Pfeiffer, 1975; Braverman, 2003).

There is at least another plausible possibility that accounts for the inconsistent ambiguous results achieved by using tryptophan for sleep, insomnia (or dyssomnia), and depression.

More recent scientific investigations discovered that L-tryptophan in itself, along with 5-hydroxytryptophan and serotonin, can block an amino-acid carrier in the brain that transports the inhibitory neurotransmitter GABA and other vital substances (Metzner, et al., 2005; Frølund, et al., 2010; Edwards, et al., 2011), which could result in suboptimal brain function and performance.

Is L-Tryptophan One Of The Safe Natural Sleeping Aids?

Besides a disheartening track record of the value of tryptophan for sleep, insomnia, and depression several lines of research documented that supplements of the so-called L-tryptophan sleep aid have some rather distressing side effects, including cancer-causing activities (read my article Tryptophan Side Effects: L-Tryptophan Is Far From Harmless).

Melatonin, a potential end product of tryptophan metabolism, is involved in sleep architecture (melatonin has been called "the sleep hormone"). Yet, like trytophan, the neurohormone has problematic activities as elaborated in my aforementioned article on the side effects of tryptophan. Animal experiments (e.g., Fournier, et al., 2002) reported that natural melatonin production is reduced in the presence of a folic acid deficiency, reflecting the role of sufficient micronutrients such as vitamins and minerals in sleep.

With advancing age, estrogen tends to increase in the tissue of both genders (Peat, 2006). Estrogen promotes the loss of sodium (salt), a situation triggering the release of the stress hormone adrenaline (Peat, 2012). A high(er) salt intake has been reported to consistently improve sleep because it causes a decrease of adrenaline (Peat, 2012), and it retains magnesium (Peat, 2009).

Besides the use of GABA for insomnia, substantial research (e.g., Abdou, et al., 2006) reveals that GABA supplements are remarkably effective for depression and anxiety disorders.

Typically, in the absence of food consumption during the night glycogen stores (reservoirs of carbohydrates) get increasingly used up and depleted (glycogenolysis). In some people the extent of this glycogen storage reduction can reach and induce a state of temporary hypoglycemia. The body copes with the low blood sugar condition by activating the release of stress hormones (e.g. cortisol), to mobilize and liberate alternative sources of energy such as proteins and fats. The stress hormones, however, are capable of interrupting or disrupting sound sleep architecture.

A eating habit that has been helpful for many people with disordered sleep, such as dyssomnia or insomnia, is to consume a vitamin and mineral-dense snack rich in protein and carbohydrate, such as malted milk (St-Onge, et al., 2016) or milk with organic whole fruits, just before retiring. Because it attenuates, or even prevents, nighttime glycogen erosion and, thus, the disturbance of sleep by rising stress hormones.

The scientific literature and the clinical experience support the notion of grasping the versatile benefits of GABA, alongside addressing principal causes of sleeplessness, insomnia, depression, and anxiety disorders (for instance, psychophysiological traumas), the importance of a nutrient-dense diet, and the addition of a high-potency multivitamin supplement, rather than using tryptophan for sleep and mood disorders.

(Originally published: ca. Nov-2012 | This is a revised version)

The information on this website is given for free. If you want to copy or reproduce (some of) my writings from this website, I ask that all copied, reproduced, or reprinted material must remain unaltered, all hyperlinks are left intact, and all material must contain proper credits, such as a prominent web site link pointing to the corresponding original article/webpage at www.Rolf-Hefti.com.

Further, because this information is freely provided, I do not want anybody to charge money or anything else for it. Please reproduce it in the spirit it was conceived: as free information to the world. Thank you.

The purpose of the data on this website is education. This information is not to be construed as medical or nutritional advice. Please consult with a qualified health professional.

(This link will potentially earn me a small commission. This is at no extra cost to you. It helps to keep this site online and funds my investigative work, and is very much appreciated.)
﻿